THE VISION  FOR A REGIONAL CERAMICS PROGRAM AT LEMOYNE ARTS

Imagine a thriving ceramics program which draws enthusiasts from around our region to Tallahassee for the opportunity to come together and learn from experienced potters at LeMoyne Arts. 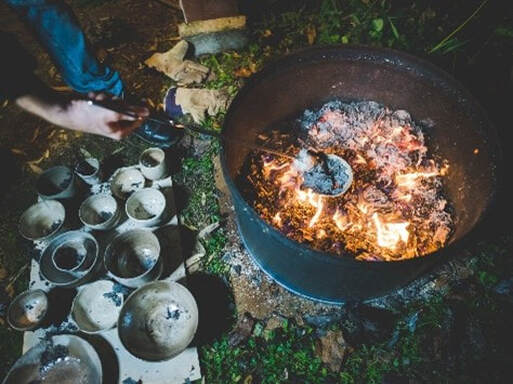 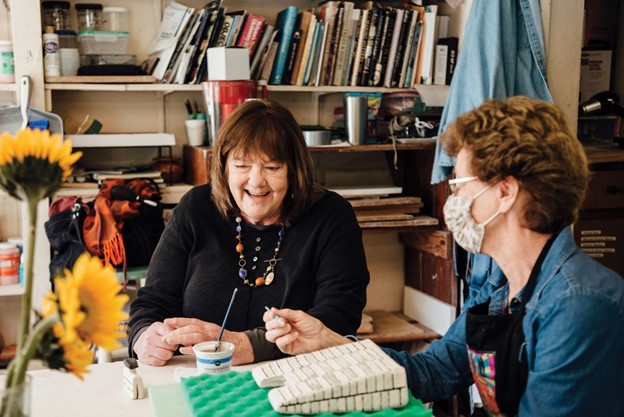 Jefferson attended the University of Kentucky and majored in art with an emphasis in ceramics. Then came the shift to the locale she called home for the next 24 years, Islamorada, in the Florida Keys.
“There was a wonderful atmosphere there in the ’70s — artists helping artists, a real community.” She apprenticed for two years with famed potters Dorothy and Lee Shank, and after attending the Penland School of Crafts and Haystack Mountain School of Crafts, she became the center’s resident potter. Her reputation grew.
Many of her plates, vases and platters are formed into fishy bodies with perky fins, their coloration ranging from pastel to variegated, pixelated hues.
“I teach raku,” Jefferson said, “a 16th-century Japanese style, in which the piece is heated until the glaze is molten, then placed in a sawdust-filled trash can that catches fire. When brought out, you’ll see a beautiful, crackled surface.” She described “smoke-firing” involving an open pit, fire, leaves and a pottery surface rubbed and burnished with a stone. And she employs “saggar firing,” in which a piece is placed inside another container before firing. She uses more traditional kilns, as well.
With so much fire and heat, there are bound to be surprises.
L-R: Students building and throwing clay in LeMoyne’s Cermaics Lab. Nancy Jefferson preparing Raku firing in LeMoyne’s Kiln
​Complex. Students enjoy final pottery product after firing at LeMoyne Arts.